Sleepaway Camp II: Unhappy Campers is the 1988 follow-up to the cult classic slasher horror movie Sleepaway Camp. A new creative team was brought in and gave the film a campy feel. The film is about psychopathic camp counselor Angela Baker killing undesirable teens at summer camp. The film was made when slasher series were still going strong. Filming began on September 20, 1987 and ended on October 9, 1987.

After undergoing gender-reassignment surgery, Angela Baker becomes a counselor at Camp Rolling Hills. Thinking herself cured, Angela methodically takes on the task of taking of "sending home" (brutally murdering) campers who don't meet her moral code or deserve to be at camp. With the dwindling attendance rate, will anyone notice that the Angel of Death is amongst them? 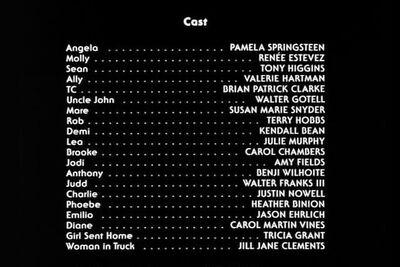 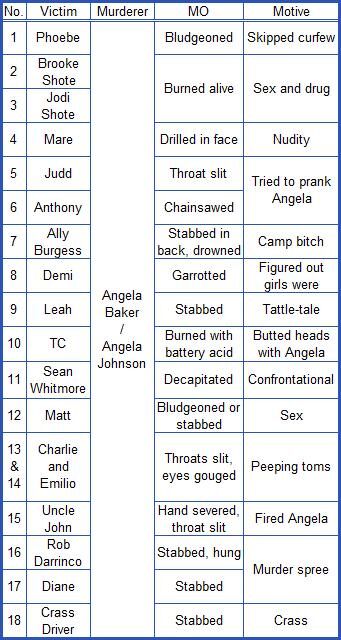 There is a name discrepency with one of the campers. T.C. mentions that the Shote Sisters and Ralph weren't at breakfast and Angela finds the three of them partying in the woods. Later, Angela carries the camper's body toward the abandoned cabin and refers to him as Matt. Since all the named characters except for Angela and Uncle John (named after director John Hughes) are named after "Brat Pack" members or popular young actors from the '80s, it can be assumed Ralph is named after Ralph Macchio and Matt after Matt Dillon. One of the (unnamed) lucky campers survives Angela. It is unknown why but the bright eyed whiner is sent home, with no complication what so ever. As far as the film is concerned, it is likely that this character was only included so that Uncle John could bring up bad kids being sent home and Angela could admit to "sending the Shote sisters home" and be reprimanded by John. This movie has the highest body count.