Sleepaway Camp is a 1983 cult classic slasher horror movie from the mind of Robert Hiltzik, who served as writer, director, and executive producer. At first glance the film is about teen campers getting killed at a summer camp but the story delves into mystery, humor and psychological genres. It came about at a time when horror films were in their heyday. The films popularity eventually led 5 other movies to be released with a total of 6 currently.

After a horrible boating accident kills her family, a shy and sullen girl named Angela moves in with her eccentric Aunt Martha and her protective cousin Ricky. Years later, Martha sends the kids to Camp Arawak which got renamed Camp Manabe. Soon after their arrival, a series of bizarre and increasingly violent accidents start claiming the lives of various campers and staff. Who is the twisted individual behind these murders? The shocking finale has solidified the film as a true American cinema horror classic. 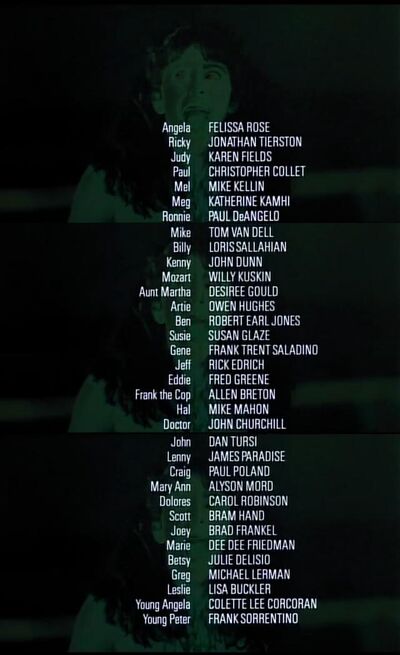 Besides a horror film, Sleepaway Camp presents itself as a mystery film, with red herrings and a bit of Agatha Christie inspired whodunit? As the film progresses, it becomes clearer that the killer is probably Ricky, Angela, or Paul, with the audience left guessing who is guilty.

Some fans have speculated that Angela did not work alone, and that Ricky was the second killer. They cite timeline issues and the fact that Jonathan Tiersten (who played Ricky) was used to film the murder scenes since Felissa Rose (Angela) was too young.

Over the years, the Sleepaway Camp films gained a loyal cult following. In the late 1980s, Michael A. Simpson directed two sequels, Sleepaway Camp II: Unhappy Campers (1988) and Sleepaway Camp III: Teenage Wasteland (1989). In them, Angela (now played by Bruce Springsteen's younger sister, Pamela Springsteen) resurfaces at a nearby summer camp, but this time masquerading as a counselor after a sex change that made her entirely female. Much like at the previous camp, she gleefully tortures and kills everyone upon whom she can get her hands.

Another rogue sequel, Sleepaway Camp IV: The Survivor, directed by Jim Markovic, was partially filmed but never completed. In 2002 the unfinished footage was released and made available as an exclusive fourth disc in Anchor Bay/Starz Entertainment's Sleepaway Camp DVD boxed set. Since then, Markovic has worked with webmaster John Klyza to finish the film properly.

A new film, Return to Sleepaway Camp, was completed in 2003 and initially struggled to find distribution. It was directed by Robert Hiltzik, the director of the original 1983 film. He decided that this chapter will ignore the story lines of the previous sequels, stating that he wanted to pick up from where the original film ended. According to Fangoria.com the digital effects were redone from 2006 to 2008. The film finally found distribution, and was released November 4, 2008, by Magnolia/Magnet Pictures. Review copies of the film had been sent out, and the movie's screener had already been leaked prior to the release.

The purportedly final film in Hiltzik's SC trilogy is also in the making. Its working title is Sleepaway Camp Reunion, distribution has already been arranged via Magnolia Pictures, for DVD with a limited theatrical release planned in 3D. 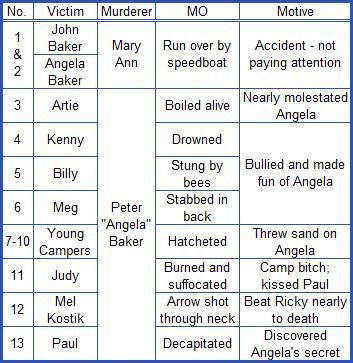