Return to Sleepaway Camp is the long-awaited sequel to Robert Hiltzik's original 1983 cult classic slasher horror movie. He returned after twenty years as the director, writer, and executive producer. The film sees the return of three of the main cast from the first, and is a prequel to the two sequels from the 80's. The film follows an awkward teenager with some mental issues while campers and counselors are murdered around him at a summer camp. It came about at a time when horror remakes were the craze.

20 years after the massacre at Camp Arawak, a new string of murders erupts at Camp Manabe. Centered around a boy with social issues named Alan, the killing spree slowly builds up, leaving campers and counselors to wonder if the infamous Angela Baker has returned. 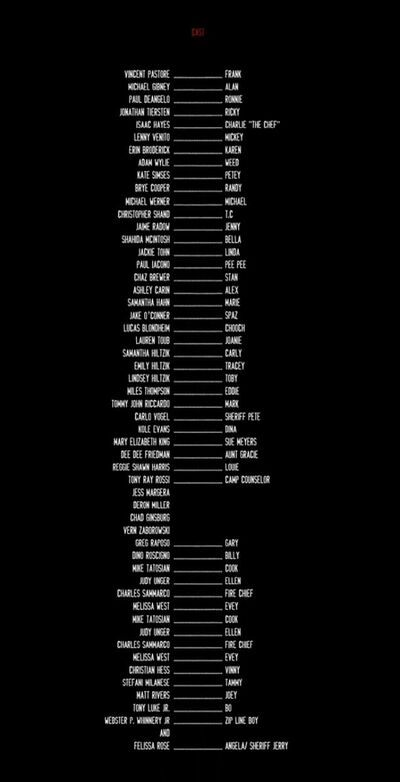 Returning to the themes of the original, this film also included the whodunit? aspect of the first film. The killer is seen wearing all black, his or her identity obscured from the viewer. The audience is presented with the mystery of who the killer could be. Candidates include the long locked-up Angela Baker, her conveniently close cousin Ricky, and the disturbed teenager Alan.

This film adds fire to some fan theories. Those who believe Ricky assisted in the original killing cite that he defends Angela and says that he visited her shortly before the "Sheriff" visits. The timeline is tight, but she may have escaped after that and had enough time to make it to Camp Manabe and killed Mickey.

Some fans have also speculated that there are two Angelas. They believe Felissa Rose's Angela and Pamela Springsteen's Angela to be different characters. Because this film ignores the first two sequels, and dialogue suggests that Felissa Rose's Angela has been locked up for twenty years, this may be the case, but it is still ambiguous.

Robert Hiltzik announced plans for this to be the second part of his Sleepaway Camp trilogy. The next film would be Sleepaway Camp: Reunion, and see the highly anticipated return of Aunt Martha, a character referenced in each sequel but not seen since the original. 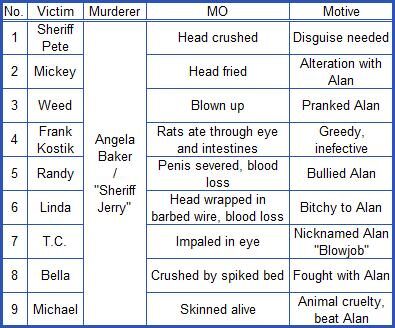